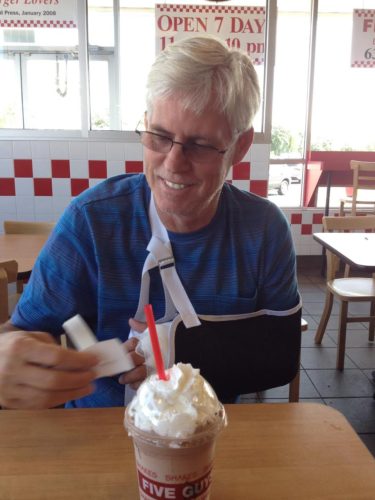 Jeffrey was born on Sep. 3, 1958 in Chicago, Illinois. In 1959, he and his family moved to Tuc-son, Arizona, where he resided for the majority of his life. Jeffrey served in the Air National Guard and Air Force for 29 years, working as a mechanic on F-16 fighter jets and attaining the rank of technical sergeant. He retired from the Air National Guard in 2005. Jeffrey was a proud Veteran with a superior understanding of and passion for aircrafts and aircraft mechanics.

During his time at the Air National Guard, Jeffrey pursued a bachelor’s degree in special education, and he taught children at a middle school in South Carolina from 2005 to 2006. He then moved to Long Island, New York, where he assisted developmentally disabled adults for nine years as the manager of several group homes at a nonprofit organization.

It is not nearly enough to say that my father loved his children. His children were his world. For 39 years, he sought to be a part of their lives to the very best of his ability, which often included maintaining relationships across insurmountable distances. He devoted his short life to five indi-viduals who each meant more to him than any material possession, because his home was not a home without his children. My father said that he would someday own an RV, that he would travel from coast to coast, and that he would have the ability to see each of his children and grandchildren live and grow. May he now no longer need any particular vehicle to travel such distances. May he now reach all of us.